advice on end of life issues for people and pets
You are here: Home / Death and Dying / Avoidable Losses

“Guilt is perhaps the most painful companion to death.”

A father was arrested after the funeral of his thirteen-month old child. The next day he was charged with open murder.  Five days before that, a very young couple came walking into the funeral home in the mid afternoon to plan the funeral of their precious little girl who had drowned in the bathtub.

As the mother walked in, her husband was trying to console her. There was no comforting her.  All there was, were gut wrenching guttural sobs that sounded worse than anything I have ever heard before over my twenty-five-year career.  From what we could piece together between the tears, was that the mother was blaming herself and feeling extreme guilt for going to work.  In her mind, she held herself responsible. The mother worked second shift and her husband first shift, so they could minimize childcare expense. 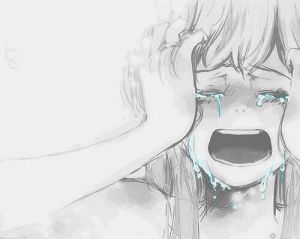 While one of our directors attempted guide them to a private arrangement room, her moaning could be heard throughout the entire facility. In fact, another family who had just experienced the death of their loved one, broke down in tears, not from their loss, but from the muffled weeping in another room. We tried to encourage the devastated couple leave and return the next day, when they had some time to process what had happened.  Shock, compounded with lack of sleep, not to mention grief has been known to bring out a Russian roulette style of emotions and behaviors.  The entire process would be smoother for them if they had some form of support with them besides each other to make the arrangements and act as a second set of eyes and ears. They weren’t going anywhere and we were going nowhere fast.

seasoned in grief and frankly been able to navigate through the worst of the worst with families, except this time.  It was clear to all of us that we had to bring a grief counselor immediately.  A “911” call was placed to hospice. Once we explained the situation, within less than ten minutes their expert in child loss was sitting across the table from the couple. In a very short time, the grief expert was able to provide breathing exercises and communication tools which enabled us to guide them through the planning process. Once we settled in, the mom’s real angst came out. She voiced one minute remembering kissing her baby good-bye and went to work, a few hours later she was greeted by a family member at work who was there to bring her home so she could learn about this tragic life altering event. By the time she was brought home, the medical examiner had already transported the baby to and arranged for an autopsy to be performed. All the mother wanted was to hold her child and have the visual that her baby was no longer alive.  Had this occurred, it would have helped her wrap her mind around the death being real and this nightmare was not a dream.  Instead, she was in denial that her daughter was dead and had gruesome visions of her angle being autopsied. The pain would not have been minimized, but the ability to control herself would have been greater.

Three days later the autopsy was completed and the child was brought back to the funeral home.  Our directors were able to prepare the little one so that the mother could hold her and have the closure she needed. On this day we asked the grief expert from hospice to be present. As it turned out, the couple really bonded with this counselor. 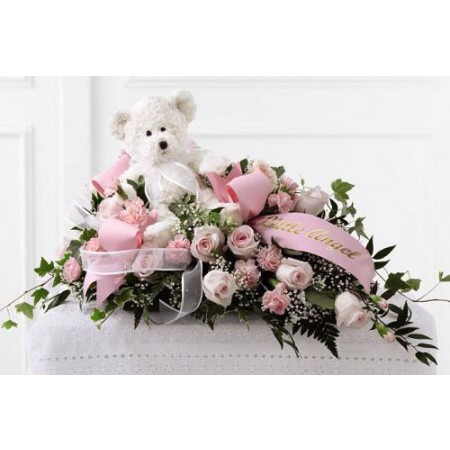 They shared that holding their baby and having the skilled expert there made it a safe place and just for one moment, they were a family. There was no blaming, yelling, or screaming – it was oddly calm. What they didn’t know, is that it was the “calm before the storm”.

Two days later they held their child’s funeral. Over the course of the days leading up to the service, the police continued to investigate the nature of the death. Child protective services asked that the father not remain in the home with the children. He was able to have supervised visitation. Emotions ran high, accusations were made, and finally the truth came out.  The father had left the child alone in the tub with another child who was not quite a year older. The timeline is unclear, as he initially said he went to get a diaper but later said he had a smoke and did the dishes. When he came back, his daughter had drowned and the older one was fine. The sibling who is alive, is too young to understand what happened or even communicate it properly.  Only the lord above and the dad know what really happened. A child died and most likely a marriage will as well. Depending in the autopsy results, the father may very well spend time in jail. Life as one family knew has come to an acute halt. These are other losses that each person and their extended family will have to grieve.

So what’s my point? Well its not to cast judgement on the father. That’s for the courts to decide. Besides, only he knows what really happened and he’ll have to live with himself.  It’s to flush out how loss can and does come in many forms and at times it can  be compounded be escalated by outside circumstances.  It’s critical to recognize when someone needs help and provide it for them.  And finally, this is a solid case in point where people don’t realize how important it is to physically see the body of a loved one after death.  One might say this is extreme as it’s a child. I would challenge that. Cremation or traditional service is only a means of disposition. It’s about the memory picture. A heart and mind can’t process what it can’t feel and see.